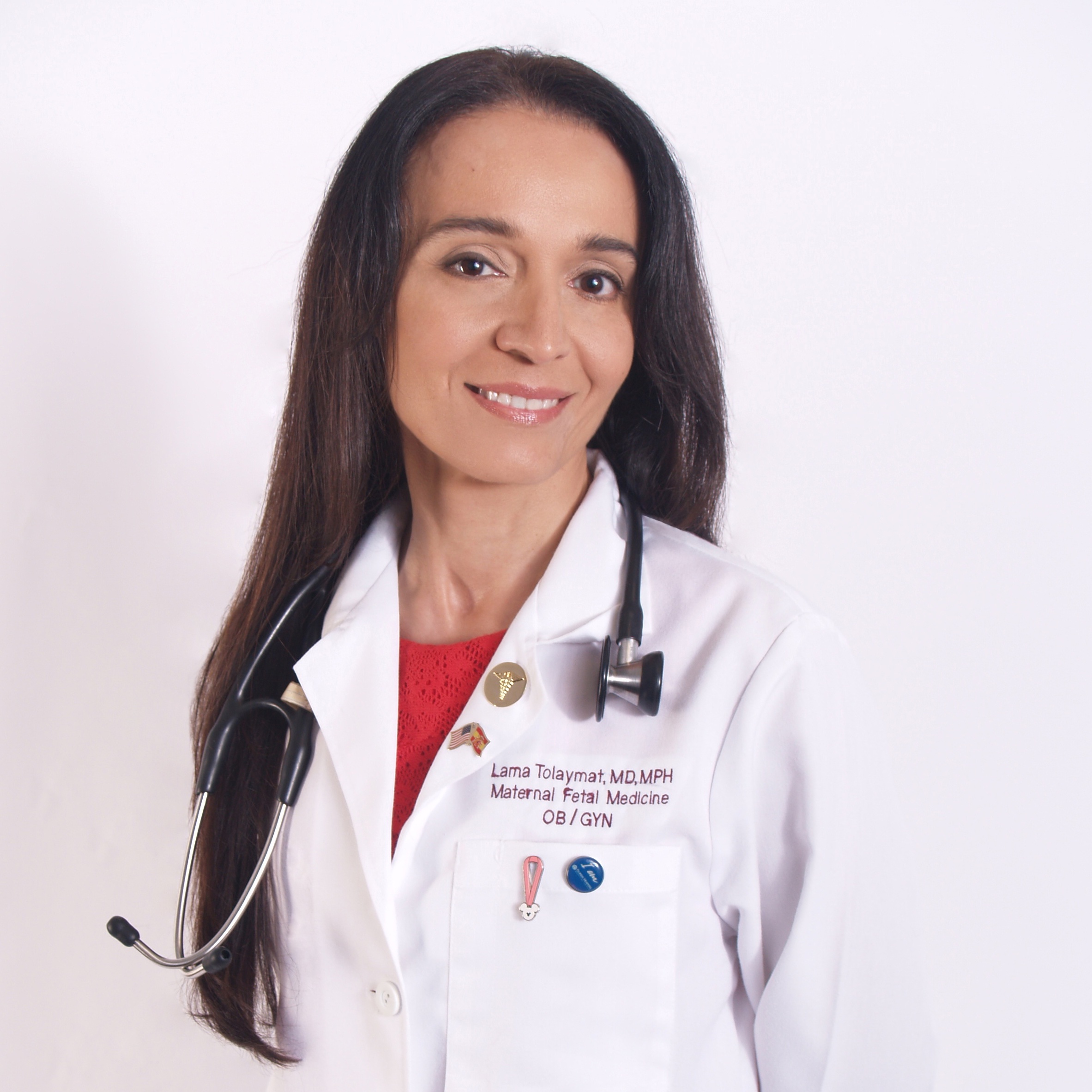 Dr. Lama Tolaymat is the first Syrian woman to be board certified in Maternal Fetal Medicine. Moreover, Lama is the first and only Syrian MFM doctor to have had the privilege to be trained by Dr. Mary Jo O’Sullivan, a prominent MFM who has been the leading woman in the planet for the studies and discoveries of medication for HIV prevention in pregnancy.

Above and beyond, Lama is the first recipient to be awarded the Mini-Sabbatical Grant by the Pregnancy Foundation also known as the Society of Maternal Fetal Medicine Foundation and the first Middle Eastern woman doctor in the world who researched and published in the area of cervical length.

Dr. Lama Tolaymat career is not a mystery to the Florida and International community. With over 15,000 deliveries and high risk consultations, television and radio appearances, Lama has had MFM appointments with many Floridian and International hospitals such as: AdventHealth, AdventHealth Winter Park, Shands UF Health Hospital, Baptist Hospital, Mount Sinai Hospital, Jackson Memorial Hospital, Hotel-Dieu Hospital in Paris and Damascus Hospital in Syria.

As a medical administrative, Dr. Tolaymat served 8 years as the Director for Ultrasound and Prenatal Diagnosis in Shands UF Health, Jacksonville, Florida. As a Director, Lama was able organize and restructure the unit and within 1 year double its load and organization.

Lama has also numerous domestic and international publications including co-author rights in chapters within required academic books used in today’s US Universities for teaching OB/GYN curriculum.

As a teacher, she has taught hundreds of students in OB/GYN and received several teaching awards (e.g. Golden Apple Award 09-10 and University of Florida Exemplary Teachers Award 2007). Besides, Lama has been an active lecturer in medical conferences across the US and had been invited to lecture around the globe.

Perhaps the most important of all her qualifications and recognitions is Lama’s passion and devotion to her patients, her love to medicine, her high levels of medical ethics, her respect towards others, her solid personal values, her concern to social matters within her community and outside her community and all done with Lama’s utmost humble charm that is truly God’s gift, admired and recognizable by anyone who has the pleasure in meeting Dr. Lama Tolaymat.

College of Medicine at the University of Florida