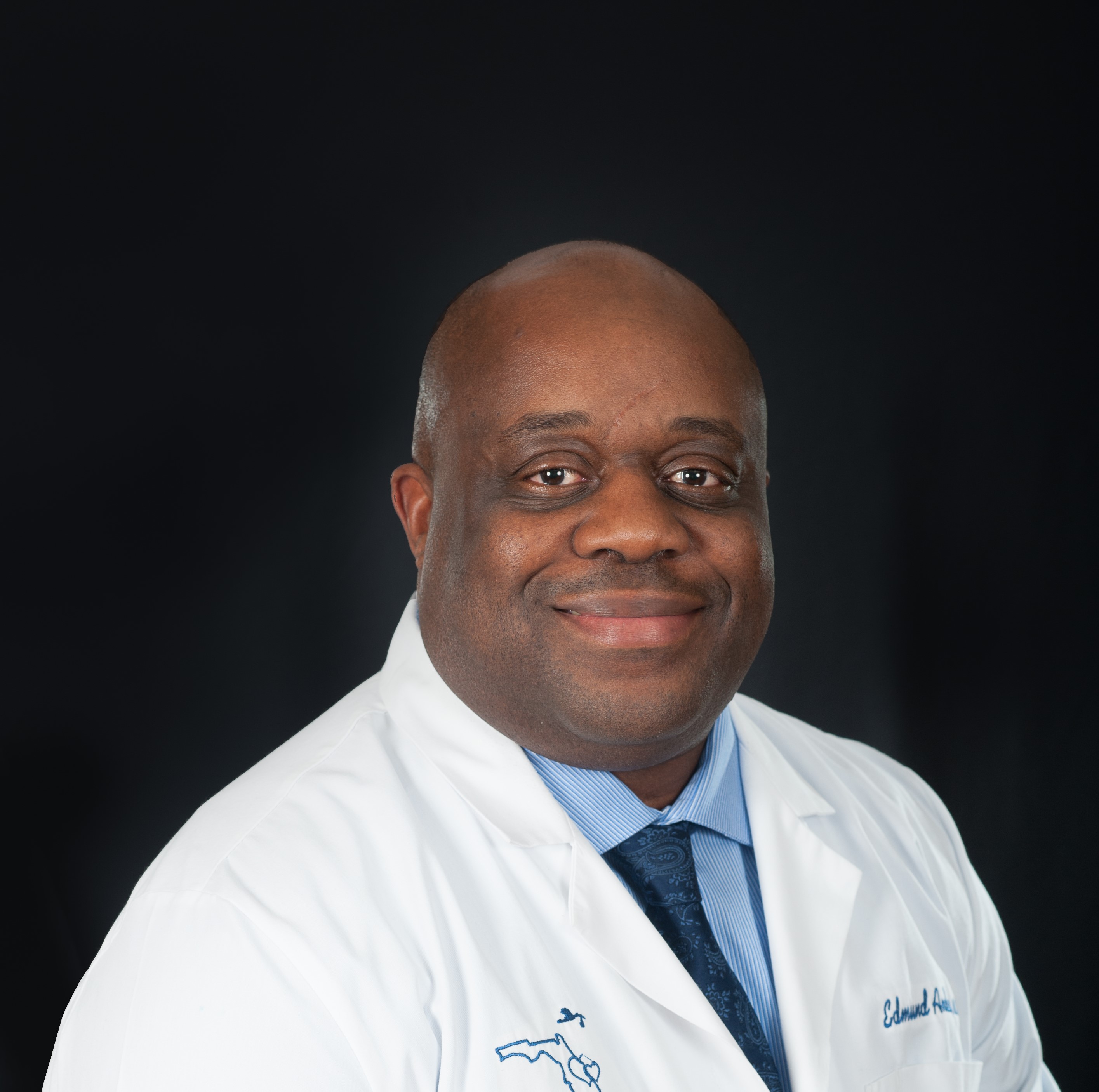 * Member of the AdventHealth Medical Group

Edmund Andah, MD, FACOG, FRCOG, is a board-certified OB/GYN physician whose outstanding credentials include his residency training through England’s Cambridge University, acknowledgement as a Fellow of the Royal College of Obstetrics & Gynecology and of the American Congress of Obstetrics & Gynecology, and appointment as an associate professor at the University of Central Florida College of Medicine. After earning his medical degree at the respected University of Ghana in Africa and completing his residency in the United Kingdom, Dr. Andah and his family moved to the United States where he completed a second residency at the University of Connecticut and became a Resident Member of Gynecologic Laparoscopists. His family then moved to Central Florida where he joined Heart of Florida OB/GYN Associates – now AdventHealth Medical Group OB/GYN – in August 2006. A seasoned physician and father of two, he enjoys helping patients with their general wellness and on their journey to successful parenthood.