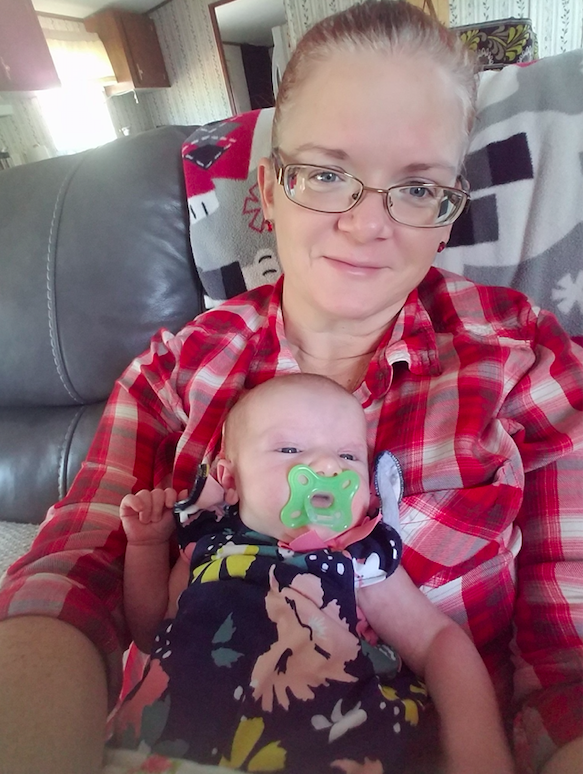 My husband passed away from cancer while I was pregnant. We had struggled with fertility issues and were even told we’d never be able to have kids. I had two heart valves replaced, and my husband, Dave, also had contributing factors to our infertility struggles. But by a miracle, we found out we were pregnant a few days before his birthday. It was the best early birthday present we could have hoped for.

A couple of weeks later, we learned Dave had stage 4, terminal brain cancer. He was admitted to AdventHealth Orlando and in early November, his nurses helped us plan a wedding. We were married in a conference room on the unit where he was receiving care. A few days later, he passed away.

Despite the COVID-19 pandemic, AdventHealth for Women supported me throughout my entire pregnancy. I traveled to Orlando to meet with my high-risk doctor, Dr. Rachael Humphrey and my providers at AdventHealth Medical Group OB/GYN at Orlando. I welcomed my miracle baby, Davya Rose, on April 24 with my sister by my side supporting me.  While we were at the hospital, you would have never known there was a pandemic going on because the team was so focused on taking care of us.

Before we left the hospital, the nursing team gifted me with flowers and a statue of a husband and wife cradling a baby. I was so touched by their thoughtfulness. I found a very special place to display the statue at home to celebrate Dave and our family.